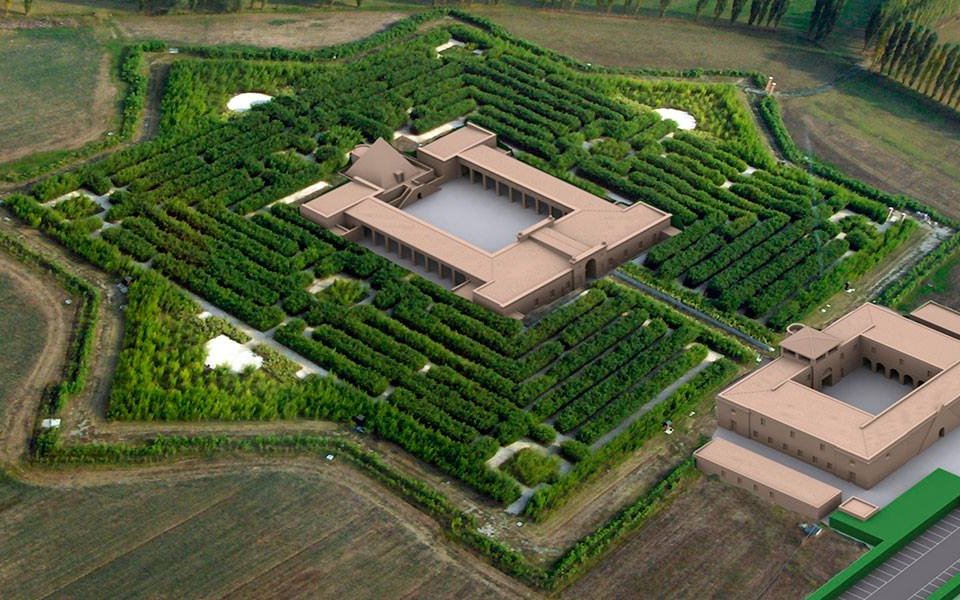 In the beautiful setting that is its maze of Masone, Franco Maria Ricci, publisher, collector and bibliophile, houses from 22 to the 24 March, the first edition of Ariadne's thread, exhibition Market of antique and modern books he strongly supported and designed, in collaboration with partners A.L.A.I. (Association of Antiquarian Booksellers of Italy) and I.L.A.B. (International League of Antiquarium Booksellers). A fair with valuable antique books but also modern art book publishers and chosen, with guided tours, activities for children and families and bibliophile conversations organized by a scientific committee composed of personalities * authoritative in publishing fine.

Among the many exhibitors antiquarian bookshops, from national territory as abroad: Orsini Milan, present with a number of Bodoni editions as well as some works which they were inspired by the great typographer; Bibliopathos, of Verona, will present a selection of illuminated incunabula including some first editions printed Dante, Petrarch and Boccaccio, precious editions impressed by Aldus as well as a selection of ancient paintings; the Libreria Scriptorium, based in Mantova from 1995 and specialized in old books and prints and value from the sixteenth century to the present day, in particular regarding the Italian local history; Giuseppe Solmi The Book, of Ozzano Emilia, specializing in ancient manuscripts and in occasion of the exhibition will present a selection of manuscripts and medieval miniatures from Western and scriptorium Eastern (Arab and Persian), in a sort of "meeting and exchange" between two cultures only apparently so distant; it's still Biblohaus of Macerata, with books (apparently) unobtainable, postcards, from books, "Holy" editorial (Longanesi), rarity Futurist and twentieth century, catalogs of publishers-printers prestigious (Mardersteig, Heel and Zanella on all), stories publishing false and sensational, stories of famous libraries (Saba Trieste, eg), equally illustrious bibliophiles (Chiara, Croce, Einaudi, Svevo) and so much more; The Aregenario, study bibliography of provicnia Brescia, propose "Gioia & Revolution", a path through a choice of loving books and protest from Lautreamont to Andrea Pazienza. An itinerary of about 50 works beginning with Les Chants de Maldoror of Lautréamont and up to Zanardi, the cartoon character created by Andrea Patience with a complete collection of his stories edition original. The route takes you through books and documents of twentieth century culture in the expression of new instances as in the claim of each gesture of revolt aroused scandal, they were prohibited, censored or simply ignored; the Antiquarian Pera, who will interpret the theme of "Wire Arianna "as a thread that ideally combines two points. The choice is fall, and could not be otherwise, of Parma and Lucca, City of origin of the antiquarian. To tell these two cities They share a rich tradizone editorial will be proposed in fair: amicorum a nineteenth-century album dedicated to Maria Luisa Carlotta Parma Bourbon, a music manuscript autograph of Maestro Giacomo Puccini and a handwritten letter from Verdi, to name a few; is finally, from Vienna, Antiquariat Norbert Donhofer, bring some Schiele and many other rarities, including I Nibelunghi Franz Keim with pictures of Carl Otto Czeschka, a version very valuable because Luigi Castiglioni - one of the largest booksellers Italian – He has created a modern binding for this iconic book.

The three days will be an opportunity to visit the exhibition Bodoni collection of Franco Maria Ricci, the most comprehensive to world in private hands and normally closed to the public, that collect twenty carefully selected works, masterpieces and rarities of Giambattista Bodoni (1740-1813), always an inspiration for Ricci.

They will be on display, tra gli altri, the holidays, one of the most beautiful books Italian, printed in 1769 at the wedding of the Duke of Parma Ferdinand I of Bourbon and Maria Amalia of Habsburg-Lorraine, Volpato with engravings and Bossi;  l Lord's Prayer, that is, the famous Lord's Prayer in Bodoni 155 languages; the rare Aminta, realized by Bodoni for the Prince of Essling.

And then, the description of the painting out a fresco by Mr .... rider Andrea Appiani, with Napoleon's arms on tying, indicating it membership in the private library Emperor, and the famous Typography Manual, published posthumously by his widow in 1818, that collects all characters typographical used by Bodoni same. The Manual will be subject also the exhibition for the bicentenary Signs Specimens, visible in the day of the event at the Palatine Library in Parma.

At Labyrinth, yet, Pages from the exhibition collection is dedicated the artist's books collected and donated by Corrado Mingardi recently the Cariparma Foundation, with some of the pages  beautiful in the history of the nineteenth and twentieth centuries signed by great artists like Delacroix, Manet, Toulouse Lautrec, Matisse, Picasso, Braque, Giacometti e Andy Warhol.

At the opening of the Fair, scheduled for Friday 22 at 18, follow at 20 Dinner of Bibliophiles.
dishes, chef design Massimo Spigaroli, They will be inspired both the literary tradition will refer to writers and recipes become famous or mentioned in literary works by both excellence of the territory that will be enhanced and contextualised with citations, readings, anecdotes.

Leading the evening the journalist Stefano Salis, with interventions the Italianist University of Bologna and Gino Ruozzi sommelier, bibliophile, winemaker John Gregoletto which will offer the wine pairs, that will be served in particular jugs inspired by the vine pests and produced by the master glassblower Massimo Lunardon. To the participants at the dinner will be given in gift of a limited edition booklet that will bring back the menu, quotes and transcripts of the speeches.

The Saturday 23 will instead be animated conversations still held by Stefano Salis, who will talk about the work Jazz, of Matisse, encounter "Jazz Matisse realized the dream of artists' books in the '900'; Corrado Mingardi, collector of the artist's books on display and more, that will entertain participants on; and finally, Chair of Peter, University Salamanca, that illustrate the exhibition of Bodoni exposed to presence of Franco Maria Ricci.

Sunday's final date 24 will instead dedicated to families: themed activities for children and bibliophile boys will liven up the maze of spaces for the whole day.

Access to the event The Wire Ariadne is included in the Labyrinth entrance fee of Masone (full 18 euro, reductions indicated on the site www.labirintodifrancomariaricci.it) which also includes access to the bamboo maze and permanent collection of Franco Maria Ricci. 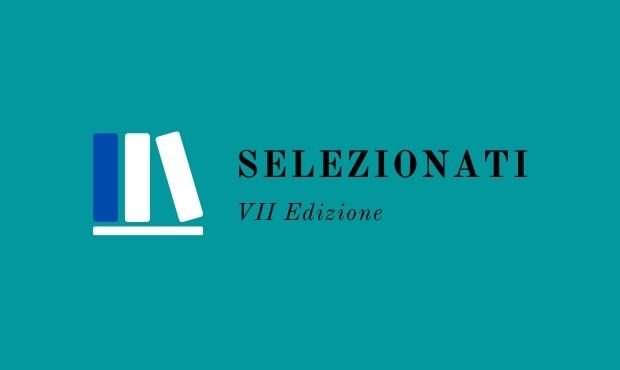 Selected VII edition of the City of Como Award 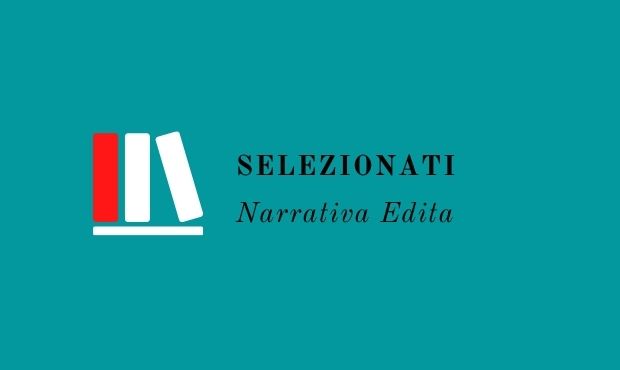 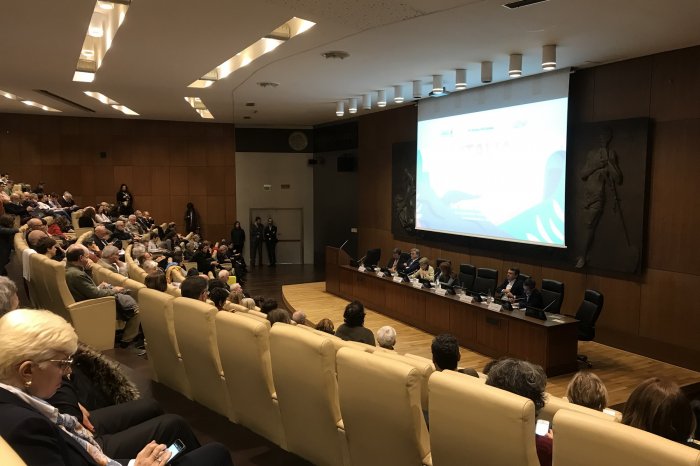 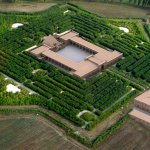